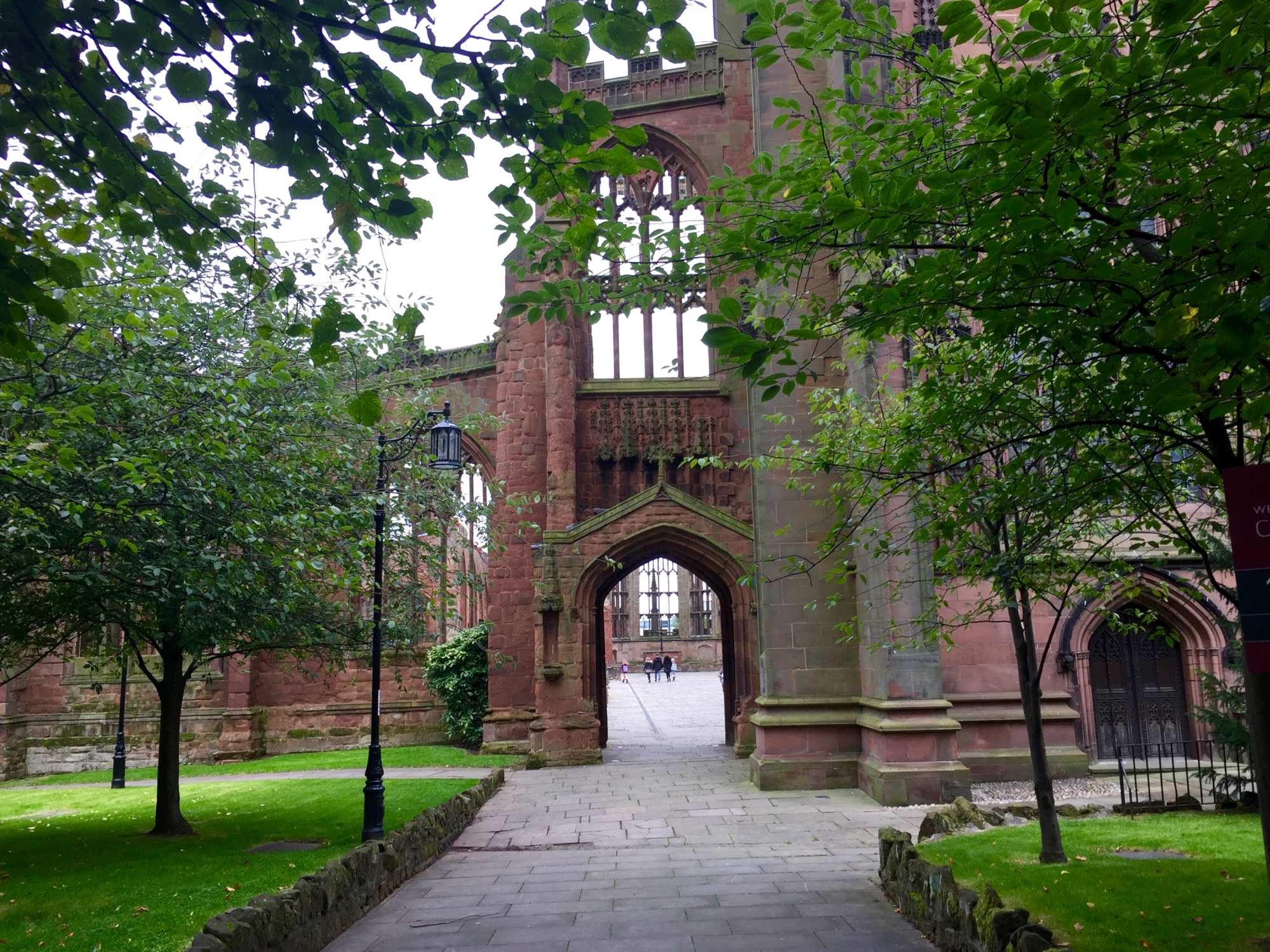 Warwickshire is blessed with many great places to visit.

Of course there’s Stratford-upon-Avon and Warwick, both rich in history and culture (and tourists).

Kenilworth’s charms are obvious to anyone who passes through.

And then there’s Coventry.

The once proud (and powerful) medieval city was completely obliterated in November 1940 when the city was firebombed by the German Luftewaffe, partly to take out Coventry’s engineering capability but mainly to show the plucky Brits that the mighty German Air Force had the ability to – quite literally – wipe out British cities.

The spirit and resilience of the city couldn’t be broken but it’s reputation never really recovered.

So much so that when a university was built in its outskirts in the 1960s it was named the University of Warwick; no doubt fearing that the polite middle classes would be reluctant to send their sons and daughters to a university that bore its city’s name.

Of course, Coventry can’t rival other Warwickshire towns for chocolate box charm or quaintness but it really is worth a visit.

In recent years the city has experienced a bit of a renaissance, largely due to Coventry University (the new one) which has steadily built up and breathed life into a large section of the city centre.

And then there are the Cathedrals.

I say Cathedrals because there are two. The remains of the old medieval cathedral destroyed by German bombs and the new one built next to it.

Even if you are not religious you can’t help feeling an intense spirituality about the area.

It really is quite special.

The brutalist architecture and graphic sculptures in the new cathedral aren’t everyone’s cup of tea, but they symbolise the suffering, resilience and rebirth of the city, as much as serving as Christian symbols.

And as you walk around the remains of the old cathedral you get  a moving and uplifting feeling. Perhaps it’s the simplicity and tranquillity of the ruins, left as they are, that’s so powerful and poignant.

You can’t help feeling moved by your visit there.

In the ruins there’s a sculptor called Reconciliation. It depicts two people – a man and a woman – both on their knees, obviously suffering. They are though, leaning together and have their arms around each other: despite their suffering they are finding resilience, strength and hope from each other. 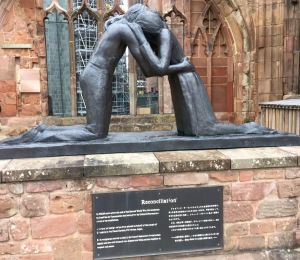 To his credit Richard Branson paid for this sculpture by Josefina Vasconcellos in 1995, and for another identical one which can be found in Hiroshima, Japan.

The sculpture and the whole area around the two cathedrals really does represent the pointless destruction of war and the positive endurance of the human spirit, both at the same time.

Coventry may not be the birthplace of Shakespeare, or bear the name of famous ‘Kingmakers’. It can though, quite rightly call itself the City of Peace and Reconciliation, and is worthy of a visit.

Being sent to Coventry really is not so bad.

One thought on “FEELING GOOD ABOUT COVENTRY”